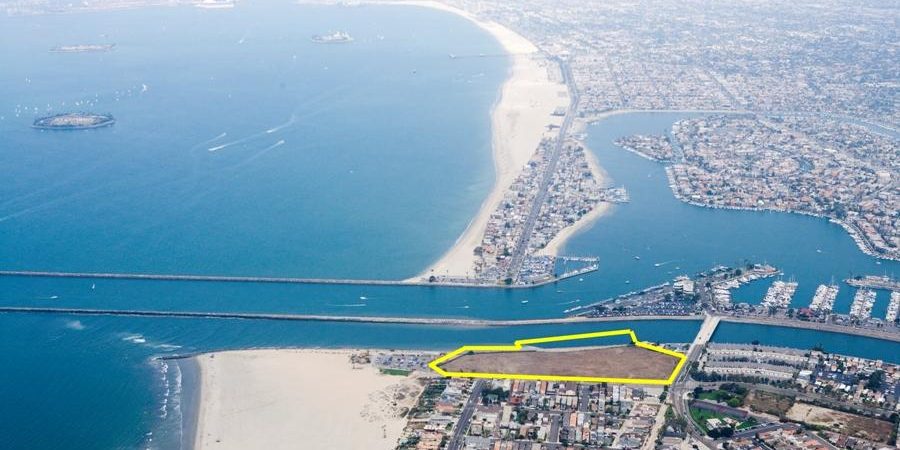 SEAL BEACH, CA-Developers and brokers often describe their properties as unique, meaning one of a kind, but the 10.7-acre oceanfront property that Marcus & Millichap has just listed here is one of the few that actually warrant that description.
The asking price is $26.5 million for the undeveloped property, which includes nearly 800 feet in three contiguous parcels along the Pacific Ocean coastline.
Paul A. Bitonti of the Newport Beach office of Marcus & Millichap, who has the listing along with fellow vice-president Jack Hopkins of the firm’s Newport Beach office, tells GlobeSt.com that the site is one of the largest undeveloped waterfront properties in Southern California—if not the largest—and he describes the property as “irreplaceable.” Located at the southwest corner of Marina Drive and First Street, the property is near the main beach and pier and walking distance to restaurants and shopping. Bitonti points out that the property not only includes ownership of beach access, it includes rights to 110 feet along the San Gabriel River, a rare if not unique combination of ownership and access rights. The City of Seal Beach has the property zoned for a hotel, but some of the other development possibilities for the property might be as high-end luxury homes or multi-family projects, according to Bitonti.
An obvious question regarding any such undeveloped property along the Southern California coastline is how it has gone undeveloped so long. Bitonti explains that the acreage was owned for many years by the Department of Water and Power, which sold it to an investor group about eight years ago. The members of the investor group are not developers, and they have decided to sell the land.
Bitonti and Hopkins have already received inquiries about the property from prospective buyers on the East Coast and elsewhere. He expects the site to attract interest from a wide spectrum of potential buyers, ranging from local developers and investment groups to national and international groups.